VERSIONE ITALIANA IN "Documenti"
In 2009, the Food and Agriculture Organization of the United Nations (FAO) released a report stating that over one billion people were malnourished. This figure generated an outpour of support for the cause, from the UN Secretary General Ban Ki-moon declaring a day-long fast, to the “1 billion hungry” online petition launched by the FAO, which so far has gathered close to 3.5 million signatures, to various celebrities lending their image to the cause.

Back then, the so-called Millennium Development Goal (MDG) which aimed to half the spread of undernourishment around the world by 2015 seemed out of reach.

Since this shocking news, a mere three years ago, the state of food insecurity in the world appears to have improved. On October 9th, a new FAO report projected that about 868 million people were now chronically malnourished – meaning short-term effects of food price spikes and other economic shocks were not considered in the estimate –, a figure much closer to the MDG; seemingly, that’s the good news. The bad news: this new figure is the result of a modified methodology used by the FAO. This means that 132 million people are not necessarily better off today, because this new number is not comparable with the old one. It does however put the organization in a position to finally refer to the MDG as “within reach”.

What further causes concern is that since 2009 the new estimates suggest that the percentage of undernourishment has actually increased in the developed world as well as in Africa and Oceania. The link between food insecurity and the socio-political climate is clear. For instance, and perhaps not surprisingly, African countries currently in civil crisis, have seen a notable increase in proportion of undernourished in total population, in some cases reaching levels above 70%. 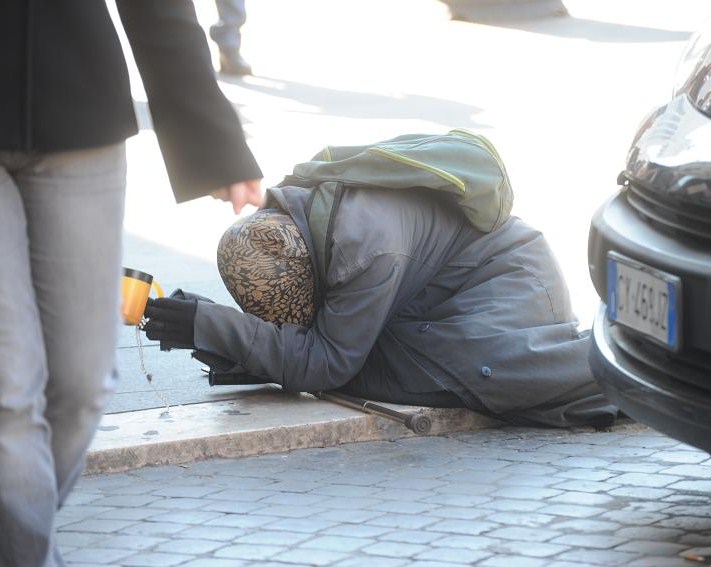 As for the situation of developed countries, the FAO sustains that although they have seen an increase of undernourishment since the start of the global economic crisis in 2008, it was much more contained than expected. Governments were apparently able to protect their citizens against major economic shocks and unsustainable increases of domestic food prices. Try telling this to the many Italian families who have lost their livelihoods and have been forced to take to the streets to get their government to pay attention. In fact, many citizens of the developed world live a much different reality than 5 years ago; they are much worst off.

Malnutrition is an Italian public health crisis. The challenge for Italians may no longer be ensuring access of all citizens to food, but rather ensuring access to high quality and especially diverse and nutritious foods. Says the FAO: “reducing hunger is about more than just increasing the quantity of food it is also about increasing (its) quality in terms of diversity, content and safety.” This is also tightly connected to the problem of obesity, also stemming from unbalanced diets in what is described as the “double burden of malnutrition”.

Research conducted in Guatemala, where the rate of chronic child malnutrition is sixth highest in the world, suggests that when children are educated on the importance, and integrate balanced and complete diets to their daily routine starting at a young age, they exhibit higher cognitive growth and have an elevated probability of success. The study actually shows an increase in income of 46% for males and 22% for females. The relation is simple: establish the right social protection systems now to ensure our young are given a quality diet will translate into a brighter future for the country and growth for the economy. For taxpayers and the state alike, it would cost much less to prevent than to treat.

The report stipulates that economic growth alone may not be “sufficient to accelerate the reduction of hunger and malnutrition”. Growth must therefore involve the poor, giving them the means to invest in higher quality and diverse foods as well as better health and sanitation services. Governments must also ensure they earmark further public resources to invest in public goods and services that benefit the poor.

While we wait for the next methodology for calculating world hunger, which may or may not bring us closer to the MDG, it is time for Italy to deal with reality and help those who cannot help themselves. As Mother Teresa said: “Love begins by taking care of the closest ones – the ones at home.”